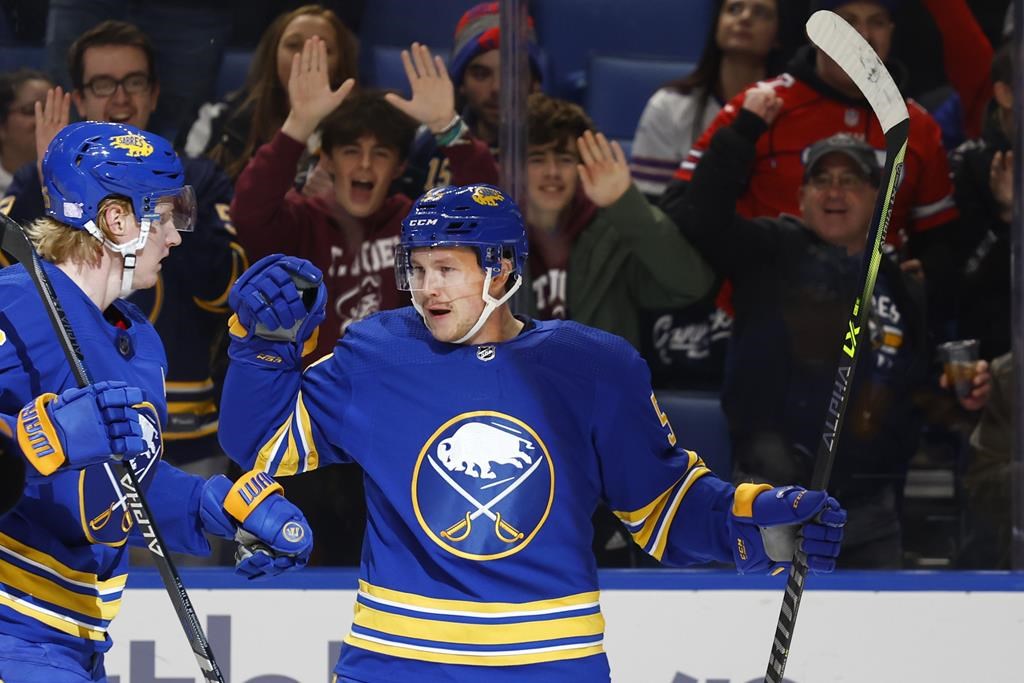 BUFFALO, N.Y. (AP) — Bo Horvat had a goal and two assists as the Vancouver Canucks beat the Buffalo Sabres 5-4 on Tuesday night to snap a three-game skid.

The Canucks scored power-play goals 1:12 apart to build a 5-2 lead midway through the second period. Horvat got his 14th on a breakaway before winning a face-off to set up Miller.

Bear got his first goal in eight games since Vancouver acquired him in an Oct. 28 trade with Carolina. Horvat’s backhand pass fed Bear in the high slot.

Skinner snapped a seven-game scoring drought with his first multigoal game of the season for Buffalo.

Rasmus Dahlin slipped a pass through two defenders to set up Skinner on the doorstep in the first period. Thompson made a nifty move and found Skinner wide-open in the left circle in the second.

Tuch redirected Owen Power’s point shot and bounced the puck past Martin in the second period for his eighth goal.

Mittelstadt brought the Sabres within a goal when he scored with 7:58 remaining in the game. It was Mittelstadt’s third goal in five games.

Vancouver put forward Jack Studnicka (lower body) on injured reserve and called up Lockwood, who got his first NHL point with an assist on Joshua’s goal.

Sabres defenseman Henri Jokiharju returned to the lineup after missing 11 games with a facial fracture.