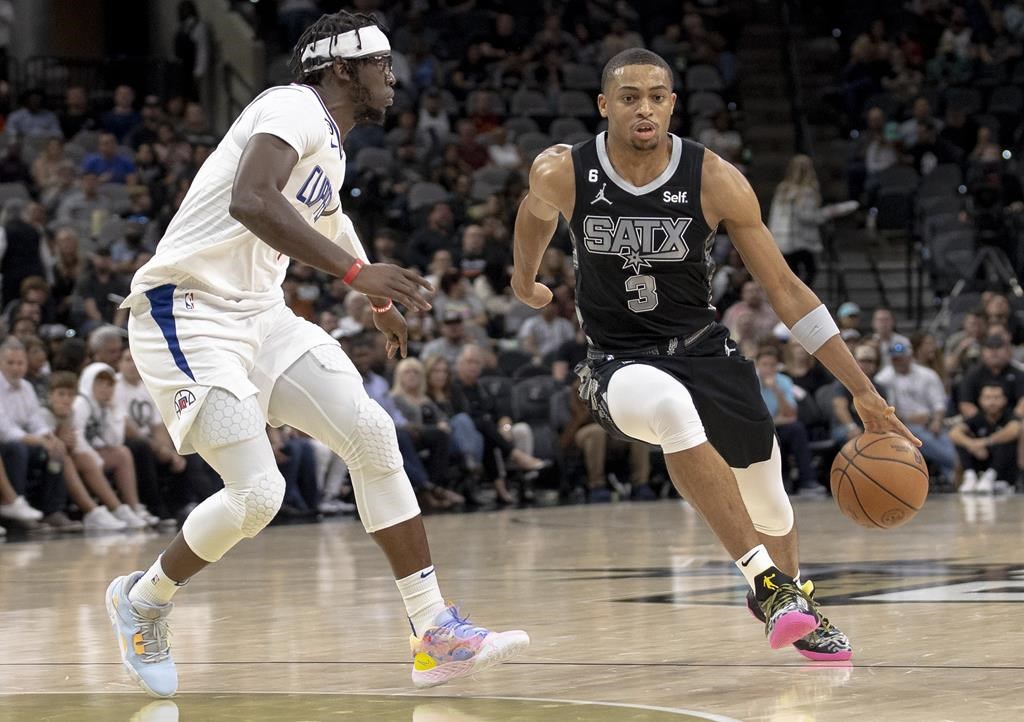 John Wall had 15 points and six assists for the Clippers, who are 5-4 after losing four of their first six games.

Devin Vassell had a career-high 29 points for the Spurs while playing limited minutes following a four-game absence due to a sore left knee. Vassell made his first eight shots, including three 3-pointers, and finished 4 for 5 from long range.

Vassell and Keldon Johnson returned and helped San Antonio stay competitive after its worst home loss in franchise history, a 143-100 defeat against Toronto.

After trailing by 17 points, the Spurs closed the first half on an 8-0 run to take a 58-54 lead, capped by Zach Collins swatting away Norman Powell’s 15-foot driving layup at the buzzer. Collins opened the run with a 15-foot jumper followed by 3-pointers from Vassell and Johnson.

The Clippers rallied in the fourth, outscoring the Spurs 31-20 in the period.

Clippers: Los Angeles coach Tyronn Lue said Leonard is frustrated but progressing as he recovers from surgery to repair a partial tear in his right ACL on July 13. … F Nicolas Batum suffered a bruise under his left eye after taking an elbow from Vassell on a driving layup. Batum was assessed a foul on the play with 1:18 left in the third quarter, which was upheld upon review. … F Marcus Morris Sr. and Collins were each assessed a technical foul after they had to be separated late in the second quarter. Morris grabbed and yanked Collins around the neck on an attempted layup, but officials had already whistled the play dead because Collins traveled. Both were assessed technicals after a video review.

Spurs: At Denver on Saturday.