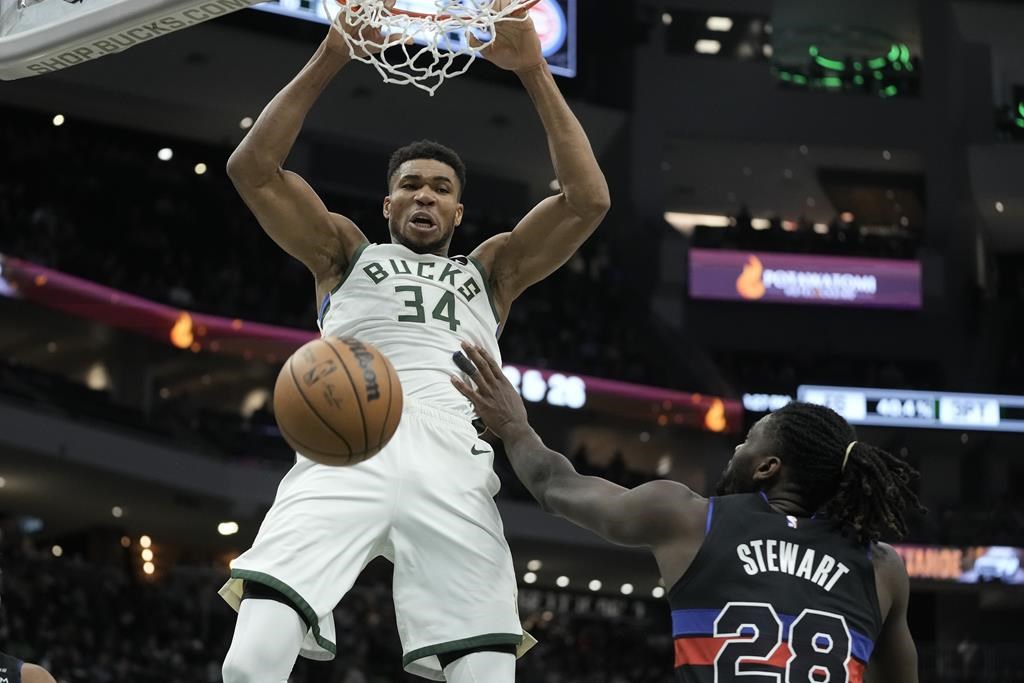 MILWAUKEE (AP) — Giannis Antetokounmpo had 32 points and 12 rebounds and the Milwaukee Bucks matched a franchise record with their seventh straight win to open the season, beating the Detroit Pistons 116-91 on Wednesday night.

Jrue Holiday, who was uncertain to play because of a non-COVID-19 illness, added 26 points for the NBA’s only undefeated team. Jordan Nwora scored 12 off the bench.

Antetokounmpo has scored 30 or more points in six consecutive games. The two-time MVP tallied 15 of the Bucks’ 31 first-quarter points against Detroit.

The Bucks led for nearly the entire first half despite shooting 2 for 21 from long distance. They outscored the Pistons 34-14 in the paint and led 56-47 at halftime. Milwaukee increased its lead in the second half.

The Bucks have avoided defeat even though Khris Middleton and Pat Connaughton haven’t seen the court. Middleton is recovering from offseason wrist surgery and Connaughton has a strained right calf.

Pistons: Rookie C Jalen Duren missed a second straight game. He sprained his left ankle Sunday in a win over the Warriors.

Bucks: F-C Sandro Mamukelashvili missed the game and was being evaluated for a concussion. … Two-way G AJ Green underwent surgery Tuesday to repair his fractured nose, an injury he sustained during practice with the Wisconsin Herd on Friday. He is expected to be sidelined for about three weeks.

Bucks: At the Minnesota Timberwolves on Friday.